From a general store to a large business

The story of Ben Deshaies Inc. began in 1939 when Mr. Benoit Deshaies opened a general store in Preissac, Abitibi-Témiscamingue. Located across the street from the village church, the place of business soon became a meeting place for the residents of the village and surrounding area.

Ten years later, a now more experienced and business-oriented Benoit Deshaies moved to Amos and started his food wholesale business. In the fall of 1949, he purchased a 2500-square-foot building on 6th Street West. At the time, Ben Deshaies Inc. had three employees, including Benoit and his wife, Antoinette.

Over the first years, the Deshaies family occupied half of the building, while the store, where cheese, fresh meat, frozen fish, smoked meat and fruits and vegetables were sold, took up the other half. During the 1950s, Ben Deshaies Inc. became the leading blueberry merchant in the area. 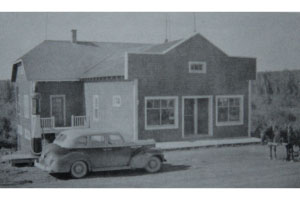 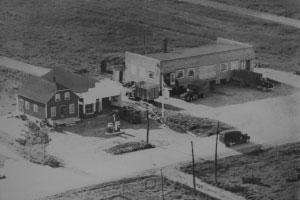 As the years went by, Benoit and his wife continued to develop their beautiful and flourishing business. They also raised 10 children, to whom Benoit passed on his passion for business and his love of people.

Several members of the Deshaies family eventually joined the company, including Jocelyne, who started at the young age of 17 and went on to do an outstanding job developing the business. Réjean, who was only 15 years old when he started, became a shareholder in 1962 and then succeeded Benoit as president of the company following Benoit’s passing in 1973.

With relentless hard work, the Deshaies family developed the ever-expanding company one customer at a time, tapping into the Abitibi-Témiscamingue market in the 1970s. 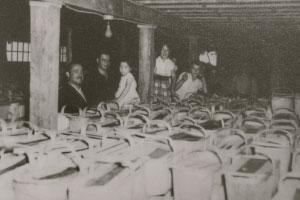 In the early 1970s, the Deshaies family was eyeing the development work taking place in James Bay. However, in order to serve customers in a context of such magnitude, expansion was necessary. As Réjean Deshaies puts it, “one cannot conduct big business in a small warehouse”. In 1972, an investment of close to $1 million allowed the implementation of a land delivery service to Matagami, which extended to air delivery to James Bay. This investment, considered by many as “foolish”, was key to the growth of Ben Deshaies Inc.

The 1980s were marked by the advent of new competitors: large-surface supermarkets. To rise to the challenge, Ben Deshaies Inc. decided to increase its purchasing power and offer better prices by associating with Colabor Group Inc. in 1989. Thanks to this partnership, Ben Deshaies Inc. could offer a complete food distribution service, which inspired the slogan, “Everything under one roof”. It is also around this time that the retail product line-up expanded to include confectionery and tobacco.

In the mid-1980s, several third-generation children began to work in different areas of the business, including the warehouse, in order to better grasp its inner workings. Empowered by their enthusiasm and new ideas, Ben Deshaies Inc. gained a significant foothold in northeastern Ontario, in the Great North and in Nunavut, and specialized in northern distribution.

Currently, each Deshaies family member holds a managerial role in the company: Francis as general manager, Renée in Human Resources, Philippe in Purchasing, Richard in Sales and Patrick in Business Development. 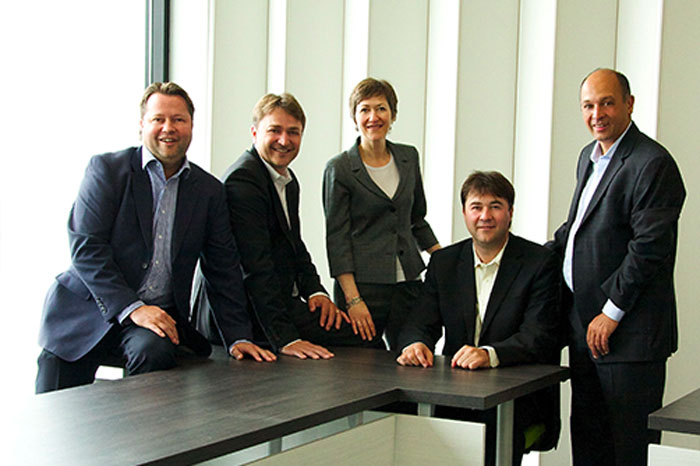 A Company With a Bright Future

Today, Ben Deshaies Inc. is a large family of more than 300 employees. Many expansions were made over the years to the Amos warehouse, now totalling 125,000 square feet. The employees of this large warehouse, operating 24/7, prepare up to 500 orders daily from a catalogue of more than 30,000 products. 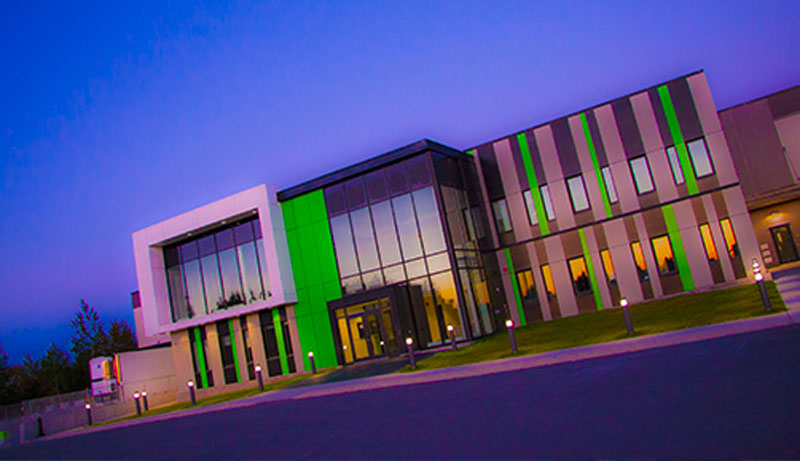 In 2011 and 2014, Ben Deshaies Inc. acquired wholesalers in the Upper Gatineau and Upper Laurentians areas, and established part of its operations in Mont-Laurier. In 2015, the company invested more than $13 million to build a new distribution centre, dedicating more than 60,000 square feet of space to frozen and chilled products. The company’s three distribution centres now total close to 200,000 square feet to better serve its customers.

In short, Ben Deshaies Inc. is a thriving business that has adapted to the ever-changing business and food service sectors. While the days of the small building that housed both the family and the business are gone, Benoit Deshaies would be very proud to see his offspring dream of the company’s centennial with the fourth generation at its helm.